Larry and Tom Gregory are brothers who share a passion for historic warbirds and for bringing state-of-the-art Oregon Aero® comfort to the seat cushions of the aircraft they restore and fly.

Says Larry, President of Lone Star Flight Museum in Galveston, TX, "The [Oregon Aero B-17 and B-25] seats look fantastic and have received rave reviews from our flight crews."

Tom, LSFM’s Chief Pilot, also flies the Museum’s P-47 and P-51 as a member of the USAF Heritage Flight Demonstration Team. Tom is possessive about his custom-made Oregon Aero Parachute Pad, made to resemble his Marine A-4 pad.

What did Tom write on the Pad? "Tommy Gregory: Buy your own from Oregon Aero!"

B-52 Crews Fly with Oregon Aero 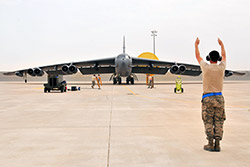 "From all the aircrew who have flown with your seat cushions, they will never sit on another green brick seat cushion again...One guy from the active unit said he did not like the new [Oregon Aero®] cushion, but after flying a 15-hour sortie in the old style cushion he swore he would never complain again. For us older reservists, we cannot imagine how we flew this long on such a terrible cushion. Thanks." — C.R. 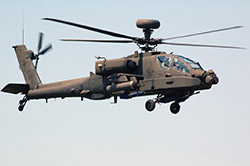 "I am using one of your [AH-64 Apache] Seat Cushions in Afghanistan for four years now [about 3,000 hours]. I inherited this from another guy and know it was used a year before that by another friend AND it has two additional names written on it, one of whom I knew from 2004/2005. That gives it at least six years in theater and several thousand hours of actual use. Thanks for a great product!" — CW2 S.B., U.S. Army

Implications of This Seat Are Tremendous 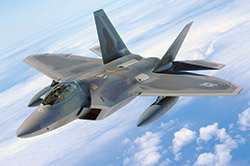 "[At first], I couldn’t figure out how or why the F-22 seat would be so different from my previous aircraft or why my comfort level was so much higher. [With the Oregon Aero Ejection Seat Cushion], after pulling G’s in the Raptor and after flying it for years with many long sorties behind us [up to nine hours in the seat at a time in my case]—the experience is that we don’t get as sore and we’re less fatigued. I don’t find myself wiggling around in the seat, trying to get comfortable like I used to [in other jets]. Most amazing for me is I can get out of the plane without feeling like I’ve been sitting in it for 15 hours. The implications of this little seat—of all the things you can think of in an F-22—are tremendous!"— Lt. Col. Michael Shower in 2006, now retired, F-22 test pilot and Raptor squadron commander

"Our unit is deploying...and all the pilots are thankful for getting these seat cushions before the deployment...These cushions will be one major factor that will keep our minds on our flying as opposed to writhing and squirming in our old seat cushions!"— CW3 D.F., U.S. Customs helicopter pilot